Incorporated as a village 53 years ago, Sister Bay in recent years has grown by leaps and bounds, particularly in commercial development.

For a village of 520 persons, Sister Bay has a remarkable array of commercial establishments. It has at least seven restaurants, a department store, a furniture store, two hardware stores, three grocery stores, a bank, two beauty parlors, a modern marina, etc., not to mention almost countless resorts and cottages. Almost any product or service needed by the vacationer is available in Sister Bay. Facilities include a modern medical center.

Sister Bay is one of those unusual communities which reap the fruits of the tourist business the year-round. During the winter the many carpenters in the area are kept busy building resorts facilities and private cottages. 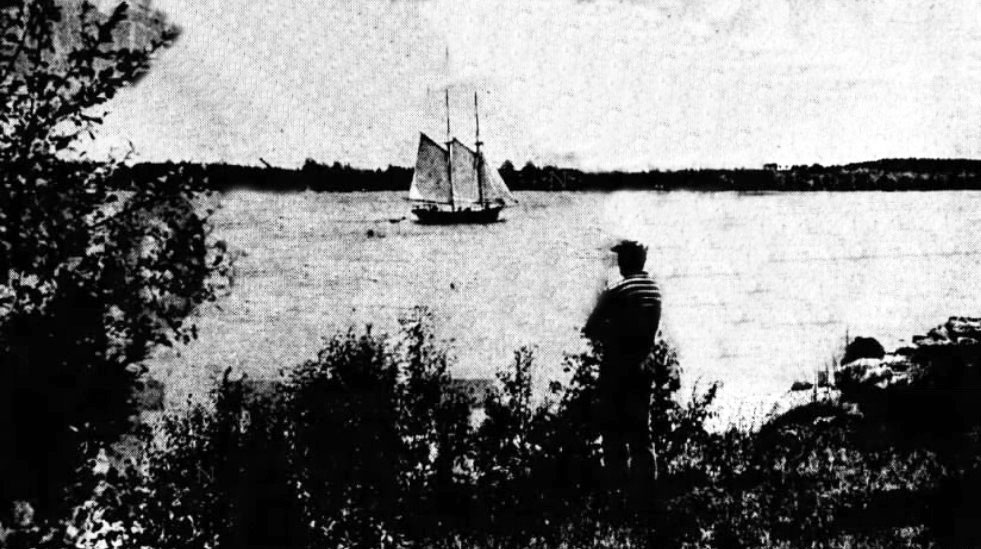 Travelers headed up the Door Peninsula can reach Sister Bay by either Highway 42 or Highway 57, for it is at Sister Bay that the highways join. Highway 42 goes up the Green Bay side of the peninsula, Highway 57 the Lake Michigan side.

Sister Bay got its start as a commercial center long before the two-state highways were more than dirt roads. In 1870, the community, then a stopping place for sailing vessels and steamboats, had a large sawmill, a gristmill, a hotel, and several stores. Andrew Roeser, one of the first of the community businessmen, founded what is now the Berns Brothers Lumber Co.

Located 32 miles north of Sturgeon Bay and 10 miles south of the tip of the Door County Peninsula, Sister Bay is in the heart of the northern Door County tourist area and shares in the spectacular scenic and recreational aspects of the area. It is located on the strikingly scenic Green Bay shore, yet Lake Michigan’s fine sandy beaches are but a few miles away.

Sister Bay is the gateway to the beautiful Top o’ the Thumb area, yet is only minutes away from Ephraim, Fish Creek, and Peninsula State Park.

The village offers swimming, boating, fishing, bowling – in fact, almost any type of physical activity the vacationer could care for.

Churches at Sister Bay include St. Rosalia Catholic, Sister Bay Moravian, Sister Bay Baptist, Zion Lutheran, and Christ Lutheran. Churches of other denominations can be found only a few miles away.