Heritage Program 2022 Heritage Programs 2022 Artists List (PDF) – Download to view the dates and artists who will be presenting during the Farmers Market events throughout the summer at the Museum.

Sister Bay Historical Society is again sponsoring the Heritage Program during the summer of 2022. Each Saturday beginning June 25 artists display their work. The Programs run Saturday morning during the Farmers Market at the Corner of The Past Museum. So, it is an opportunity to buy fresh produce and enjoy an artist’s work. 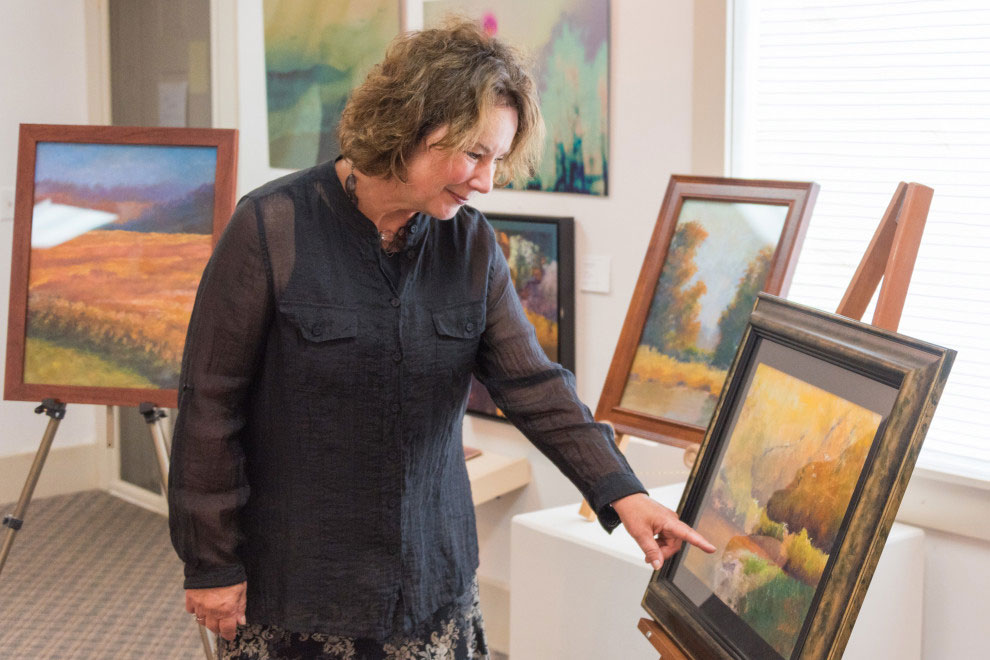 Dianne Saron’s choice of subjects for her pastels has been significantly influenced by the stunning beauty of Door County… the light reflecting on water and rocks and the ever-changing sky. To augment her efforts to capture the beauty of these settings, she discovered a love for pastels. Saron is also influenced by the French and American Impressionists’ use of light, value, and color to create mood which you will recognize in her work.  She is inspired by artists that she has been fortunate enough to study under: Colette Odya Smith, Marla Baggetta, Ken DeWard, Bill Hosner, Bonita Budysz, and Tom Christopher to mention a few.

Dianne is co-chair of the Peninsula School of Art Gallery Committee, and holds memberships in The Paine Art Center and Gardens in Oshkosh, WI, The Francis Hardy Center for the Arts in Fish Creek and The Miller Art Museum in Sturgeon Bay. In addition, during the school year she facilitates an art class in Sturgeon Bay.

Fairfield Art Museum, and her paintings “Stepping Stones” (2007), “Rocky Stream” (2009), and Roof Light” (2011) were juried into the “Wall to Wall Exhibit” at The Francis Hardy Center for the Arts. “Vintage Winery’ won an honorable mention award at the Showcase Exhibit of The Door County Art League in 2007.  “Sturgeon Bay Canal Lighthouse” and “Industry Surrounded by Nature” were included in the “Sturgeon Bay: Past and Present” invitational at The Miller Art Museum in 2010, and in 2013 her painting “Night Pond” was juried into The Miller Art Museum exhibit.

Dianne’s work can be seen at The Paint Box in Ephraim.  Her work is a “must-see” and boldly reflects the impressionist style.